On the Recognition of 18 September as Equal Pay Day, Call from ILO and UN WOMEN Turkey Directors for “Equal Pay for Equal Value” 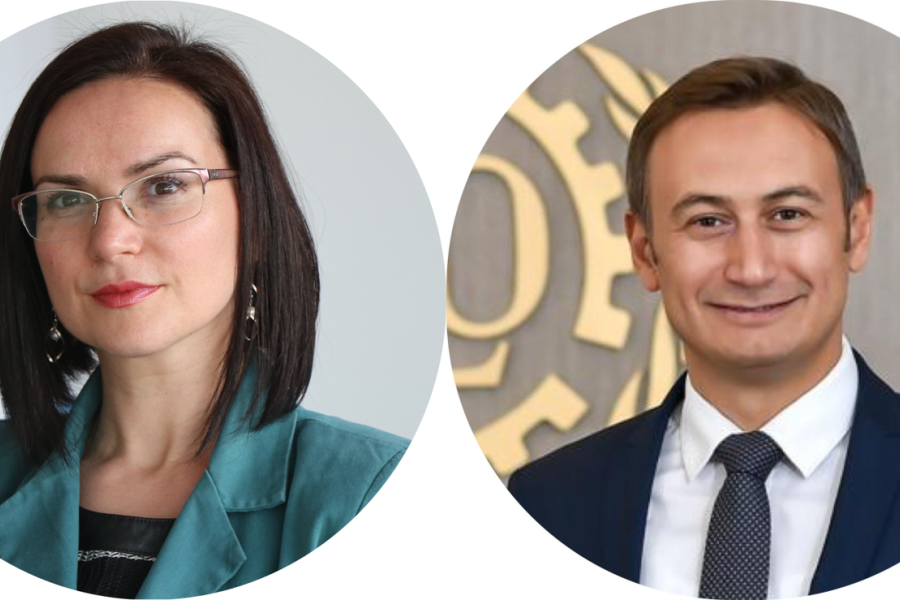 EQUAL PAY FOR EQUAL WORK principle is recognized as one of the priority areas of the United Nations Sustainable Development Goals (UNSDGs) to be achieved by the year 2030. Under the leadership of the International Labour Organization (ILO), United Nations Entity for Gender Equality and the Empowerment of Women (UN Women) Women and Organisation for Economic Co-operation and Development (OECD), and together with governments, labour organizations, employers’ organizations and other specialized agencies, “The Equal Pay International Coalition” (EPIC)[1] was launched for the effective and swift achievement of the principle. 18 September was recognized as International Equal Pay Day to raise awareness and catalyze collaboration on a global level for EQUAL PAY FOR EQUAL WORK. As ILO and UN Women Directors, we are glad of this recognition. As we mark this day for the first time in 2020, we have an opportunity to reflect on the drivers of pay inequality and the measures that can be taken to close the gender pay gap by 2030.

EQUAL PAY FOR EQUAL WORK IS A BASIC HUMAN RIGHT

Having been working to prevent discrimination and achieve equality in working life for over a century, International Labour Organization’s (ILO) Equal Remuneration Convention (No.100) has been adopted by member states, labour and employers’ organizations in 1951 at the International Labour Conference, thus standardizing Equal Pay for Equal Work as a basic human right[2].

-WHAT IS GENDER PAY GAP?

“Gender pay gap” refers to the average difference between the remuneration for gainfully employed women and men. It has been historically a problem area for women in the workforce. Although gender pay gap is measured by different methods and indicators, the data clearly shows women around the globe still earn less when compared with men. According to the International Labour Organization’s (ILO) Global Wage Report 2018 – 2019[3], on average, women around the globe earn 20% less than men. Despite the increase in women’s educational attainment and participation in the workforce over the years, gender pay gap remains as a persistent and multi-dimensional problem in all countries and across sectors.

-WHY DO WOMEN EARN LESS?

In order to develop and effectively implement policies needed to tackle gender pay gap, it is seminal to capture the underlying causes of the problem. Gender pay gap can primarily be explained by already existing and multidimensional inequalities between women and men in all areas of life. First and foremost, globally, women’s labour force participation is 27% less than that of men. In certain areas around the globe, the rate goes as high up as 50%. In this context, women’s labour force participation consequentially affects the difference in the remuneration and earned income of women and men.

Women in the labour force also has limited access to quality and decent work when compared with men. Unpaid domestic labour that is traditionally attributed to women such as the care of the children and the elderly prevent women from gainfully participating in economic life. Moreover, in cases where women are gainfully employed, women work longer hours than men due to work and unpaid domestic responsibilities at home.

The rate of women working part-time jobs is high in high income countries. In middle- and low-income countries, however, a significant proportion of women participating in the labour force often work in the informal employment sector and/or have home-based jobs. Namely, in which sectors and what capacities women participate in the labour force also contribute to the gender pay gap. Another important factor is women working as unpaid family workers.

The COVID-19 crisis is further exacerbating the disadvantaged position of women on the labour market, which can lead to deepening of the gender pay gap. Global evidence shows that women are losing their livelihoods faster and risk being plunged into poverty because they are more exposed to hard-hit economic sectors, such as hospitality and tourism, and have been in more insecure and low-paying jobs prior to the crisis. UN Women rapid gender assessment of COVID-19 implications in Turkey conducted in April found that women experienced higher levels of job loss than men after the COVID-19 outbreak, and a significant and disproportionately higher increase in domestic and care work at home.[4] This makes all the more urgent the need to eliminate inequalities on the labour market, including to address the  gender pay gap.

-EFFECTIVE POLICIES MUST BE IMPLEMENTED TO PREVENT GENDER PAY GAP

On the other hand, identifying inequalities accurately is the prerequisite of decreasing the gender pay gap. In this context, it is crucial that the countries integrate statistical methods that will generate reliable data into their systems. Accurately identifying how and in which step of the income distribution inequalities emerge is critical in formulating policies redressing the problem. For example, formulating policies that aim to increase the number of minimum wage workers can have equitable results among low-income groups. Furthermore, including vulnerable groups in labour agreements and removing barriers in front of women’s career advancement will contribute to equal distribution of income among different income groups. Combating informal employment, which is a reality for millions of women, will also create radical changes. Eliminating gender-based labour division by tackling stereotypes such as “a woman’s job” or a “man’s job” should be encouraged. Women entrepreneurs should be supported, especially in sectors that are traditionally considered “a man’s job”.  National regulations ensuring transparency in wages and taking necessary precautions by carefully examining wage systems in workplaces including the private sector are important measures in tackling the problem. Private sector companies should have gender equality policies and strategies to prevent gender pay gap. Companies with such policies and with a commitment to  prevent  gender-based wage discrimination in the workplace can join EPIC and become members of a global multi-stakeholder platform offering a wealth of good business practices and knowledge.

Specific actions should target groups that are particularly disadvantaged, such as rural, migrant and refugee women, among others, as those face especially large gender gaps and more challenges in closing them.

Turkey is a party to multiple international legal regulations and has national laws addressing the problem. One of International Labour Organization’s Fundamental Conventions, Equal Remuneration Convention No.100 was ratified by Turkey and entered into force in 19 July 1967. Turkey also ratified the Convention on the Elimination of All Forms of Discrimination against Women (CEDAW) in 24 July 1985, which recognizes “the right to equal remuneration, including benefits, and to equal treatment in respect of work of equal value, as well as equality of treatment in the evaluation of the quality of work”. Moreover, along with 188 countries, Turkey adopted the Beijing Declaration and Platform for Action in 1995. One of the 12 critical areas of concern of the Beijing Declaration and Platform for Action, “Women and the Economy” defines promoting “women’s economic rights and independence, including access to employment, appropriate working conditions and control over economic resources” as one of its strategic objectives[5].

Furthermore, equal protection of law is acknowledged in the national legislation and is protected by the Article 10 of the Constitution. Additionally, the Labor Law includes an article stating “differential remuneration for similar jobs or for work of equal value is not permissible. Application of special protective provisions due to the employee’s sex shall not justify paying him (her) a lower wage.”

[2] The Convention was recognized as one of the 8 fundamental ILO conventions adopted in 1998 in the “Declaration on Fundamental Principles and Rights at Work”, acknowledging Equal Pay for Equal Work as a basic human right globally.

[4] “The economic and social impact of COVID-19 on women and men: Rapid gender assessment of COVID-19 implications in Turkey”; https://eca.unwomen.org/en/digital-library/publications/2020/06/the-imp… 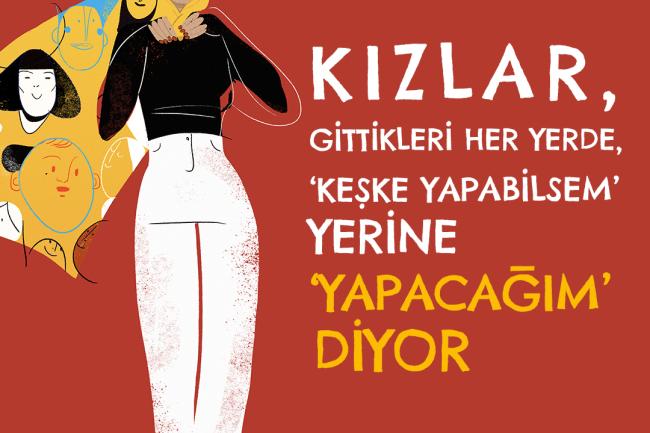 International Day of the Girl: ‘Be bold in your demands’, urges UN deputy chief

As the COVID-19 pandemic increases gender, economic, racial inequalities, the UN marked the International Day of the Girl, with a youth-driven virtual townhall