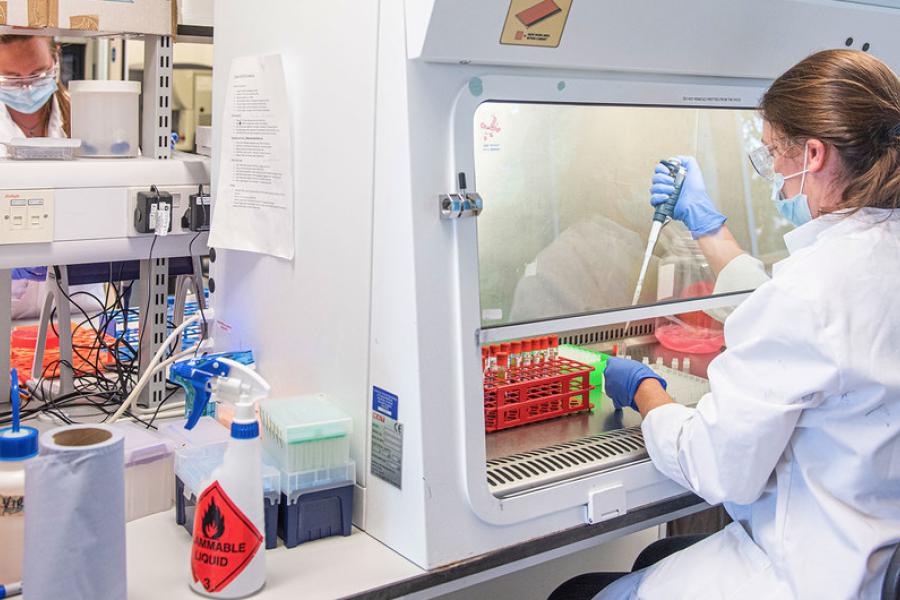 A team of scientists at Oxford University’s Jenner Institute and Oxford Vaccine Group is making progress towards the discovery of a safe, effective and accessible vaccine against coronavirus.
Photo | University of Oxford/John Cairns

The continuing COVID-19 pandemic continues to top a long list of global concerns, the UN chief told journalists on September 16 noting that “the grimmest of milestones” is upon us.

“The outbreak remains out of control”, Secretary-General António Guterres declared in his press conference ahead of the UN General Assembly (UNGA) High Level Week, noting that soon one million lives will be “lost to the virus”.

Recognizing that many pin their hopes on a vaccine, he said, “let’s be clear: there is no panacea in a pandemic”.

“A vaccine alone cannot solve this crisis, certainly not in the near term”, stressed the world’s top diplomat. “We need to massively expand new and existing tools that can respond to new cases and provide vital treatment to suppress transmission and save lives, especially over the next 12 months”.

He emphasized that because the virus “respects no borders”, a vaccine must be seen as “a global public good”, affordable and available to all, but it requires “a quantum leap in funding”.

Moreover, people must be willing to be vaccinated, but a proliferation of misinformation on vaccines is fueling vaccine-hesitancy, and igniting wild conspiracy theories, noted the UN chief.

He spoke of “alarming reports” that large populations in various countries are reluctant, or outright refusing, to take a new coronavirus vaccine.

“In the face of this lethal disease, we must do our utmost to halt deadly misinformation”, affirmed the Secretary-General.

Mr. Guterres called for a global ceasefire back in March, recognizing the coronavirus as “the number one global security threat in our world today”.

And next Tuesday he flagged that would renew the appeal at the beginning of the General Debate, for the international community “to mobilize all efforts for the global ceasefire to become a reality by the end of the year”.

The UN chief recapped that “hopeful new steps toward peace” have been taken, from Afghanistan to Sudan, and a slowdown in fighting in Syria, Libya, Ukraine and elsewhere, had created an opportunity for diplomacy.

In Yemen, “we are pressing for a ceasefire” he said, and even though “distrust is deep” across these and other crises, “we must persevere”.

“We must seize every opening in the weeks ahead and make a new collective push for peace”, upheld the Secretary-General.

A world in flames

The UN chief then turned to other global fragilities.

“Even before the pandemic, the world was far off course in efforts to achieve the Sustainable Development Goals (SDGs) and losing the battle against climate change”, he said.

Mr. Guterres recalled that the northern hemisphere was just coming out of the hottest summer on record and that greenhouse gas concentrations in 2020 had reached “new record highs”.

“The world is burning”, he told the journalists.

However, Mr. Guterres maintained that the post-pandemic phase offered an opportunity to “get on track and tame the flames”, but that “it must be green” – aligned with the SDGs and the Paris Climate Agreement.

Effective multilateralism, gender equality and the voices of youth must also be part of recovery efforts.

He said that on Monday, Member States would adopt a declaration marking the UN’s 75th anniversary – committing to “a reinvigorated multilateralism”.

And it rejects “go-it-alone nationalist approaches and divisive populist appeals”, he asserted.

In this anniversary year, “we face our own 1945 moment”, the Secretary-General said, adding that it must be met with “solidarity and unity like never before” to overcome today’s emergency, get the world moving, working and prospering again while upholding the vision of the Charter. 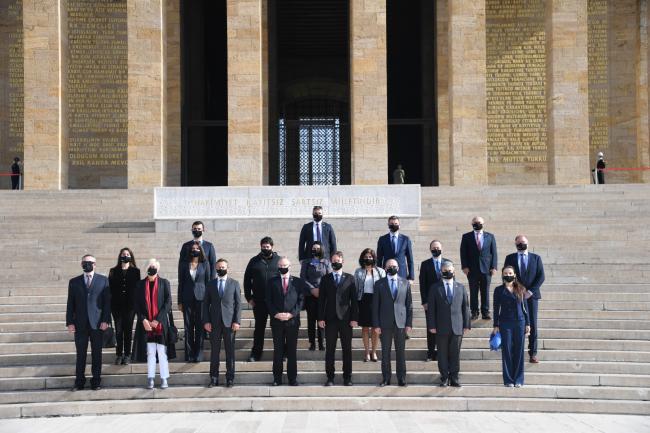