Confronting the silent and endemic crisis of harmful practices

Urgent, accelerated action needed to stop child marriage, and other practices that harm women and girls, according to the new UNFPA report.

ANKARA - Every year, millions of girls around the world are subjected to practices that harm them physically and emotionally, with the full knowledge and consent of their families, friends, and communities, according to the State of World Population (SWOP) 2020, released today by UNFPA, the United Nations Population Fund.

At least 19 harmful practices, ranging from breast ironing to virginity testing, are considered human rights violations, according to the UNFPA report, which focuses on the three most prevalent ones: female genital mutilation, child marriage, and extreme bias against daughters in favour of sons.

“Harmful practices against girls cause profound and lasting trauma, robbing them of their right to reach their full potential,” says UNFPA Executive Director Dr. Natalia Kanem.

This year, an estimated 4.1 million girls will be subjected to female genital mutilation. Today, 33,000 girls under age 18 will be forced into marriages, usually to much older men. Also, an extreme preference for sons over daughters in some countries has fueled gender-biased sex selection or extreme neglect that leads to their death as children, resulting in 140 million “missing females.”

Around the world, about one in five children is married. Today, it is estimated that there are more than 650 million women and girls, 118 million men and boys who married under age 18. Every year, 12 million girls under the age of 18 are married. Today, 9 out of every 10 children who married at child age are girls.

In Eastern Europe and Central Asia, child marriage is generally illegal and on the decline overall, but is still practiced widely in parts of the region (up to 15% of women were married before 18; and in some communities, one in two women was married as a child).

Turkey is one of these countries in which child, early and forced marriage (CEFM) is still common. According to UNFPA Turkey’s report on the health risks and consequences of CEFM, also released today in parallel to the SWOP report, one in five women who are currently 20-49 years old, married under 18 in Turkey. One-third of girls who got married before the age of 18 became a mother before the age of 18.

Child marriages shorten girls' lifetime, leave them alone with life-long health problems, and significantly reduce their quality of wellness. These results include preventable deaths, chronic diseases, and disability. In pregnancies under 18, the risk of death of both the mother and her newborn baby increases between two and five times (WHO, 2015).

UNFPA Turkey’s report states that in addition to maternal and newborn deaths, child marriages cause many health problems such as miscarriage, premature and/or difficult birth, heavy bleeding, more exposure to sexually transmitted infections, and postpartum problems.

Countries that have ratified international treaties such as the Convention on the Rights of the Child have a duty to end the harm. Many have responded with laws, but laws alone are not enough. Decades of experience and research show that bottom-up, grassroots approaches are better at bringing change, the UNFPA SWOP report states.

“These harmful practices have one root cause in common: the widespread and persistent under-valuing of girls and women,” says Alanna Armitage, UNFPA Regional Director for Eastern Europe and Central Asia. “But we are seeing that social norms are shifting in the right direction, and there is a real chance that working together – governments, civil society, influencers, and role models – we can make practices harming girls a thing of the past.”

Programmes to change discriminatory social norms are effective in eliminating harmful practices, but they must not focus narrowly on just these practices. Rather, they should address the broader issues at play, including the subordinate position of women and girls, their human rights, and how to elevate their status and access to opportunities, the report says.

UNFPA Turkey Representative Karl Kulessa: “Permanent steps and interventions to be taken within the framework of a multi-sectoral approach will play a key role in achieving the indicators regarding ‘Sustainable Development Goals’ and the results of the ‘International Conference on Population and Development’. UNFPA Turkey will continue to work with the public and private sectors as well as academia and civil society in this fight against child, early and forced marriages.”

Globally, ending child marriage and female genital mutilation worldwide is possible within 10 years by scaling up efforts to keep girls in school longer and teach them life skills and to engage men and boys in social change. Investments totaling $3.4 billion a year through 2020 would end these two harmful practices and end the suffering of an estimated 84 million girls, the SWOP report shows.

While progress has been made in ending some harmful practices worldwide, the COVID-19 pandemic threatens to reverse gains. The pandemic may increase the risk of forced early marriage as a strategy to reduce the economic burdens in the family. A recent analysis revealed that if services and programmes remain shuttered for six months, an additional 13 million girls may be forced into marriage between now and 2030.

Here is the related links: 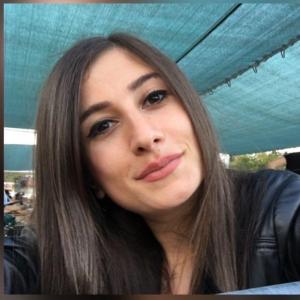