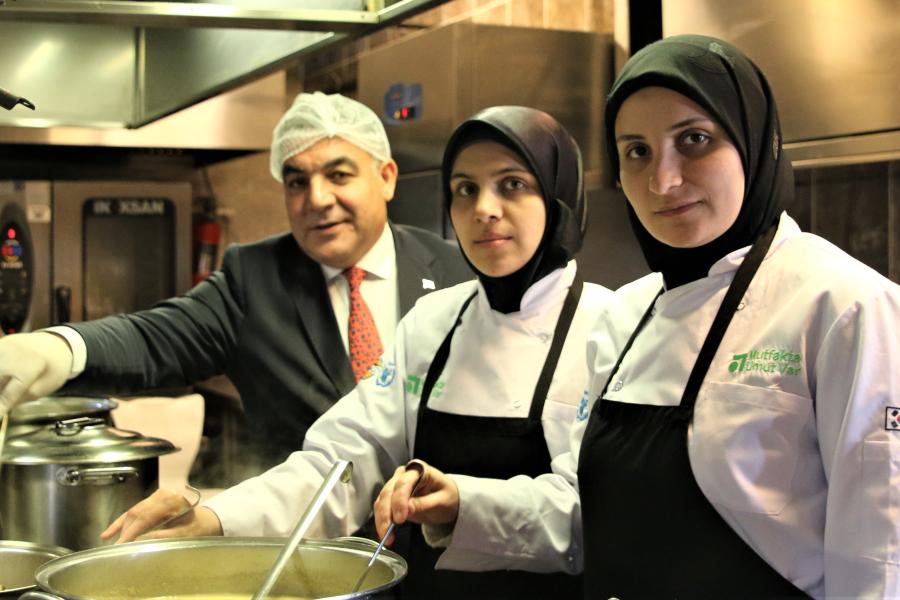 The World Food Programme`s Kitchen of Hope project provides culinary training and helps improve the job prospects of primarily Syrian refugees and interested Turkish nationals. The idea is that, with a bit of practical help and hands-on experience, many people who are currently struggling can get jobs in the restaurant sector and become independent.

Gursel Ilguz, an Istanbul restaurant owner, has a smile on his face as his sips his tea. He is smiling because — as he puts it — his instincts paid off again and he also feels personally fulfilled.

The self-made restaurateur says he initially took a chance when he agreed to give two-month work placements to two Syrian refugees enrolled in WFP`s Kitchen of Hope (MUV in its Turkish abbreviation) project.

“At first I was excited but quite tentative. Now I am already thinking of how I can keep them on as full-time employees,” says Ilguz.

MUV is a program where interested Turkish nationals, Syrians under temporary protection, and other refugees receive culinary skills training — with an end goal of helping participants become better prepared in their search for jobs, and to assist refugees in becoming self-sufficient.

The program also attempts to improve social cohesion between the refugee and host communities as they interact directly together.

WFP is implementing the MUV project in coordination with Turkey`s Ministry of National Education and ISKUR, the country`s employment agency.

In addition to training, the scheme looks to improve the chances of finding employment for participants.

After an initial pilot period, fully funded by the Republic of Korea, MUV is set to expand in 2020 and further.

The first stage will see 600 students benefit from MUV in 2020 in at least seven provinces across Turkey.

These students will be trained in the provinces of Adana, Ankara, Istanbul, Izmir, Kilis, Mardin and Sanliurfa. Interns will be paid minimum wage and it is hoped many will enter the formal job market after participants are matched with restaurants for on-the-job training.

Nura and Hajeh, both Syrian refugees under temporary protection, view the opportunity to be trained in an actual restaurant as very beneficial.

“Things are going great. We are learning a lot and the people are very good to us,” says Nura who is more fluent in Turkish and helps translate for Hajeh during work. “This project makes me more hopeful for the future.”

Ilguz says he is pleased with the commitment he sees from Nura and Hajeh. It reminds him of his own start back in 1979. He started as a dish washer, then became a busboy, and kept working hard and climbing the ladder until his former bosses even helped him financially when he opened a small tea house in 1987.

“Hard work and a little push can really help you get started. I am so happy to see these hard-working women here and am happy to help,” he says.

The theme of commitment and dedication also matters immensely to Firat Yanardag, head chef at another Istanbul restaurant.

For Yanardag, an instructor at a culinary school as well, MUV is a project he would like to work with in the longer term as well.

“I like passing on the skills and knowledge I have acquired. I find MUV to be very interesting because it combines that with what to me is a sense of social responsibility,” he says. “It doesn’t matter where they come from, or if they are refugees. All I look for is dedication to this profession. It is not an easy profession,” says Yanardag.

He says he saw this dedication and determination in Gulbahar when she didn’t even blink at the daily 3-hour roundtrip commute to work.

Gulbahar is a Turkish participant in MUV. For her, the internship is a great opportunity.

“I am really happy to be learning from Firat and his kitchen team. They are teaching me really good skills and providing me with valuable experience,” she says. “Me and the other MUV participants also chat regularly about how our internship experiences are going. It is very encouraging to hear everyone so happy with their progress.” 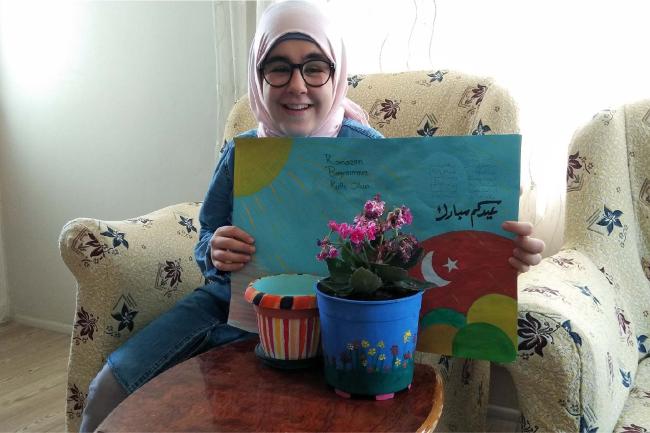 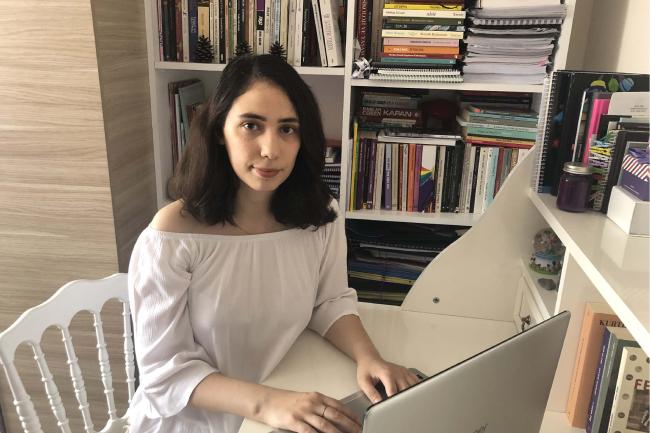 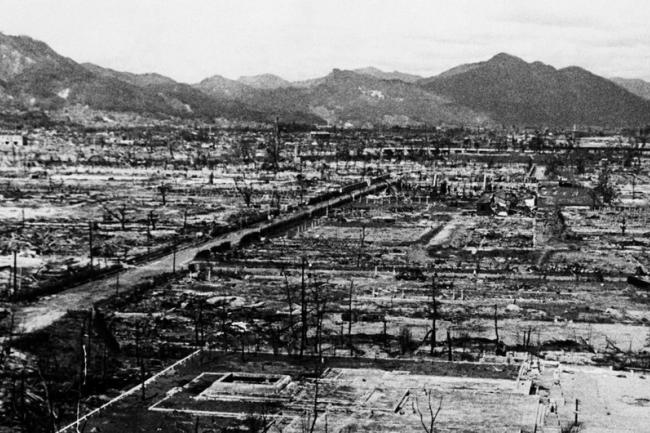