Ankara, ‪6 April 2021 – The President of the 75th session of the United Nations General Assembly, H.E. Mr. Volkan Bozkır, was in Ankara, Turkey, today, to meet with Turkish and United Nations officials and to address the Grand National Assembly of Turkey. 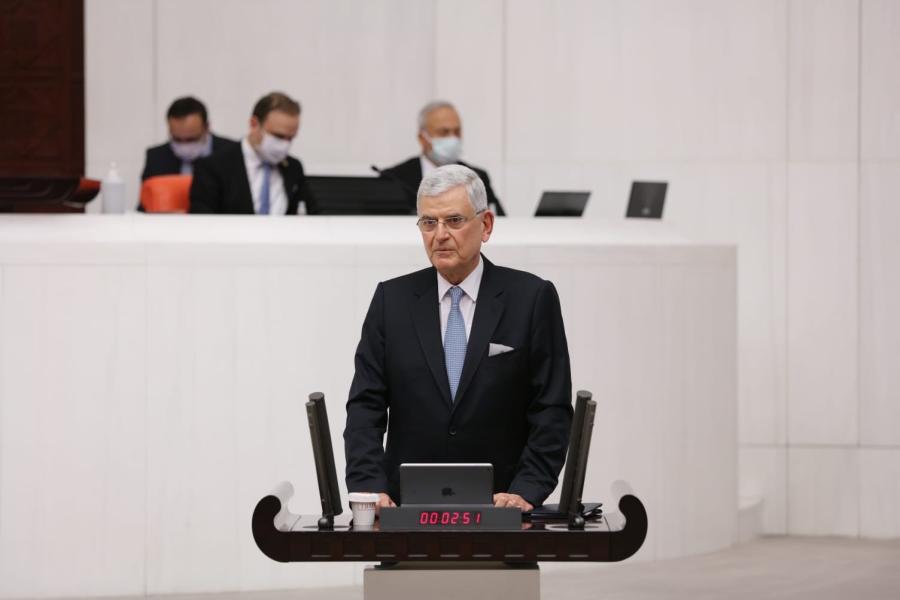 President Bozkır started his morning by paying his respects at Anıtkabir, the mausoleum of Mustafa Kemal Atatürk, the founder and first President of the Republic of Turkey.

He was also received by H.E. Mr. Recep Tayyip Erdoğan, President of Turkey. During that meeting, in his capacity as President of the General Assembly, Mr. Bozkır lauded Turkey for its strong support to the United Nations; for its active and visible role in the General Assembly; and for hosting more refugees than any other country. Among the topics discussed were regional challenges and how they could be addressed through international cooperation.

President Bozkır met separately with H.E. Mr. Mevlüt Çavuşoğlu, Minister of Foreign Affairs of Turkey. They spoke about Turkey's support to the General Assembly and the importance of using dialogue, diplomacy and multilateralism, to find political and peaceful solutions to our world's most pressing problems.

In a meeting with H.E. Mr. Mustafa Şentop, Speaker of the Grand National Assembly of Turkey, the discussion focused on the role of parliamentarians in promoting multilateralism and sustainable development. Addressing the Grand National Assembly following that meeting, the President shared his priorities for the United Nations General Assembly’s 75th session with Members of Parliament (MPs). Those priorities included: addressing the needs of countries in special situations; supporting humanitarian aid to the world’s most vulnerable populations; combatting the COVID-19 pandemic and its socioeconomic effects through effective multilateralism; and promoting gender equality and women’s empowerment.

The President said, “As a Member of Parliament and Chairman of the Foreign Affairs Committee for years, I fully appreciate the important role national parliaments and MPs can play in international affairs. I have frequently raised this issue at the United Nations within the scope of my General Assembly Presidency.”

He added, “Parliaments perform a great role in reflecting the Global Goals… in the daily life of citizens in each country, through enacting at the national level the decisions taken in the United Nations General Assembly.”