United Nations, New York, 31 March 2021 – The President of the 75th session of the United Nations General Assembly, H.E. Mr. Volkan Bozkır, will travel to Turkey, Qatar and Azerbaijan, from 1 to 12 April. 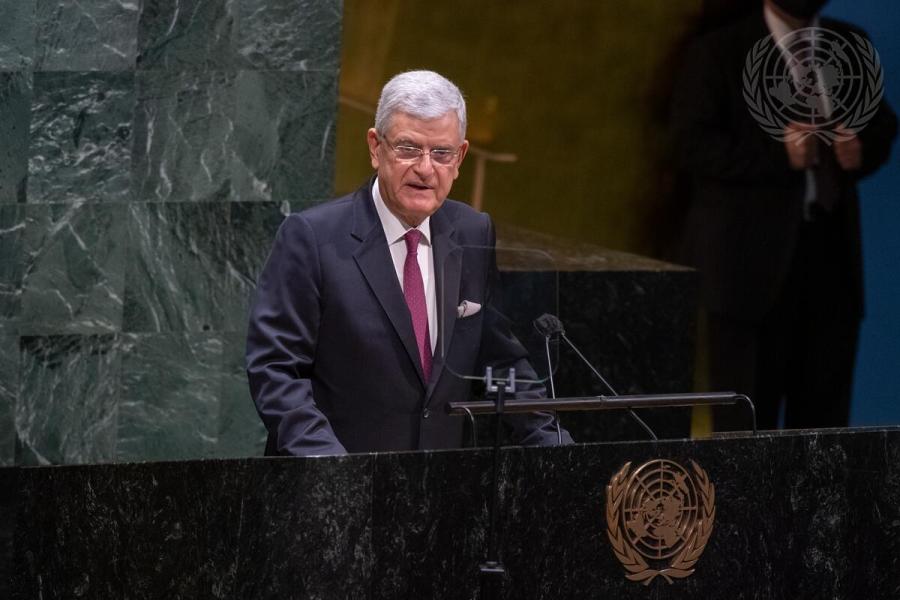 Volkan Bozkır, President of the seventy-fifth session of the United Nations General Assembly, addresses the meeting.

The President will also deliver remarks to the Grand National Assembly. His statement will address the current international context – with a focus on global crises and emergencies – and reflect on the state of multilateralism and the United Nations system. He will outline his priorities and activities for the 75thsession. The President will also meet with the United Nations Country Team.

While in Turkey, the President will also travel to the southern province of Hatay to meet with Syrian refugees and visit the United Nations cross-border humanitarian mechanism, where he will be briefed on and observe the vital operations managed by the Office for the Coordination of Humanitarian Affairs (OCHA).

In Doha, the President is expected to be received by H.H. Sheikh Tamim bin Hamad Al-Thani, Emir of the State of Qatar, and plans to meet separately with H.E. Sheikh Mohammed bin Abdulrahman bin Jassim Al-Thani, Deputy Prime Minister and Minister for Foreign Affairs.

In Baku, the President is expected to be received by H.E. Mr. Ilham Aliyev, President of the Republic of Azerbaijan, and hold meetings with H.E. Mr. Jeyhun Bayramov, Minister for Foreign Affairs, and H.E. Ms. Sahiba Gafarova, Chair of the Parliament (Milli Majlis).